When it comes to closing on your home loan, you better be prepared to hurry up and wait — perhaps as much as two months — before you get your keys.

The government’s loan disclosure rules, known as “Know Before You Owe,” or the TILA-RESPA Integrated Disclosure (TRID) regulation, continue to bite.

The average time in January to close on a loan was on average 50 days, up from 49 days in December and 10 days longer than it was in January 2015, when the average loan closing time was 40 days, according to the latest estimate from Pleasanton, Calif.-based Ellie Mae, which provides loan software to the mortgage industry.

“We continue to see the time to close lengthen month over month, now reaching 50 days, which is up four days since TRID went into effect,” said Jonathan Corr, president of Ellie Mae, in a statement earlier this week.

The delays mainly stem from a federal government rule by the Consumer Financial Protection Bureau. As of Oct. 3, the rule required that loan disclosure documents must combine the information required in the Truth in Lending Act (TILA) and the Real Estate Settlement Procedures Act (RESPA).

Under the new rule change, consumers must be given the new combined Closing Disclosure (CD) with all the charges, fees and line items three days before the closing, rather than at the closing on the HUD-1 form, which is no longer used.

The three-day period was designed to give borrowers more time to go over the loan documents with their real-estate agent or attorney before signing. The grace period was intended to combat abuses that occurred during the real estate boom in the past decade, as buyers came to closings unaware of the blizzard of documents they’d be signing, which made it all too easy for unscrupulous lenders, brokers or title companies to stick hidden fees in the closing documents or change the loan rates at the last minute.

“We do see closings taking longer,” said Brian Koss, executive vice president at Mortgage Network, a mortgage lender based in Danvers, Mass. “It is a combination of realtors budgeting more time for TRID in their contracts, and lenders, title companies and attorneys working out the kinks,” Koss said. “Each transaction can involve a different set of players, so they have to learn the ropes together.” he said.

“The CFPB wanted there to be plenty of time for borrowers to review all of their disclosures, so a longer period to perform shouldn’t be a surprise,” said Koss. “Can loans still be done quickly? Yes, but everyone has to be in sync.” 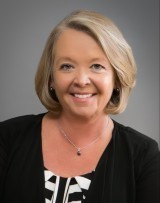 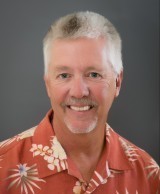 Discover Your Home in Southern Arizona!